Welcome to a multi-part series covering holistic education. In part one of this series, let us embark on a brief journey to chart the lay of the land, and what we can, and must, do to ensure the next generation is adequately equipped to face the challenges of tomorrow.

The history of education extends at least as far back as the first written records recovered from ancient civilisations. The need to pass on crucial skills, knowledge, and to inculcate cultural values in future generations has likely existed since the earliest days of hominids.

However, the public education system that we are all familiar with – and which can be traced back to its origins in 1830s Western Europe – was established to meet the specific demands of the first industrial revolution. The hierarchy of subjects – math and sciences at the very top, followed by the humanities, fine arts, and music – reflects the needs of that period.

To achieve this goal on a condensed timeline, a summative assessment system was introduced to crudely, but quickly and “easily”, identify and segregate learners by their academic test results.

The acute requirements of our civilisation today can no longer be adequately accommodated by an education system that was originally designed to address the needs of industrialisation in Western Europe some 200 years ago. It would be unwise to believe differently.

The rate and scale of change happening today is unmatched in human history. Much of this change is driven by rapid technological advances which have transformed not only how and where we work and learn, but the ways in which we fundamentally interact with the world around us. Furthermore, todays’ frictionless flow of information has led to much needed progress and change to the norms of acceptable behaviour in society and in the workplace.

The rise of Artificial Intelligence, or AI, is already upending the workforce today. And not always in the way most would have predicted even five years ago.

AI was widely expected to initially replace the traditionally “blue-collar” jobs only – roles that were relatively unskilled, that did not require a high level of educational attainment – leaving the “higher value-added” job sectors unscathed for some time yet. The reality of the situation, however, is different: AI is already, today, replacing or substituting for jobs in finance, engineering, and law. Exactly the kind of sectors and jobs that people traditionally associate with ‘stability’ and ‘safety’. The types of jobs once thought shielded from automation by the high skill level required for such roles. And AI is only going to keep getting better and more sophisticated at an exponential rate.

In an environment of unprecedented change, and recognising that change happens ever quicker with each subsequent generation, what challenges will the next generation face? What skills will they require? And how can we adequately equip our children for a future that we cannot predict with any certainty?

I would advocate that we equip our children with the qualities to deal with change. Because the only constant in this world, is change.

The focus, then, should be to develop and nurture deep skills and character traits which are persistently relevant and in demand, today and tomorrow. These include, but are not limited to (and in no particular order!):

These are skills that cannot be taught using an industrial model and approach to education. It requires rethinking and reforming the way we do education. And requires nurturing educators with these skills as well.

Fortunately, this is not an insurmountable problem. We know how to do this: by wholeheartedly embracing holistic education.

The state of holistic education today…

Unfortunately, the reality is that holistic education is generally poorly executed in schools. And not for any lack of effort or desire, to be clear, but because the entire education system is set up, and its participants (students, parents, teachers, industry) primed, to prioritise academic results above all other metrics.

Just reflect on your own personal story:
From the moment you entered formal education, perhaps even earlier, you were subjected to academic tests and ranked by your test scores. You may even have been streamed into classes with peers based on your academic results. You were either one of the smart kids, one of the rebels, or more likely, you were just like everyone else: could do better. You had to sit for (several) national-level exams that focused solely on academic scores, the results of which determined the university you were admitted into, which in turn likely has had a significant impact on your career path. And because you’ve experienced first-hand how this system works, how it prioritises academics above all else, that’s what you inadvertently prioritise for your children. Because you want them to be successful in life. And that cycle perpetuates, across all levels and across all stakeholders of the system.

Without an effective way to substantiate holistic development within a system that prioritises academic achievements, holistic education often takes a back seat to traditional academic development – despite its recognised importance.

A way forward… a call to action…

In truth, criticising or trying to dismantle the goliath that is the national education system is neither productive nor realistic. Simply put, we don’t have the time to wait for such a system to be rebuilt from the ground up – and that is assuming it happens.

What can I do?

We may not be able to change the system wholesale – at least, not to the extent and within the timeframe needed – but we can introduce change strategically and impactfully from within.

We need action, today. Be proactive in holistically educating your child. Push for it at schools, push for it at work – holistic education benefits all of us, not only our children. It is quicker and more achievable to make a change from the grassroots!

In part two of this Holistic Education Series, we will cover the day-to-day challenges facing teachers and schools in implementing holistic education in their classrooms. 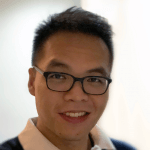 Teng Huang, Khoo
Huang is deeply passionate about whole-child education and is an advocate for whole-system sustainability. He has a background in private equity and most recently built a deep-tech startup from concept to production. Get in touch with Huang at: th.khoo@holotracker.org

How to Start With Social Emotional Learning (SEL)?

The agenda for accelerating Social Emotional Learning (SEL) has long been set. However, the levels…

The Changing Roles of Teachers

The global pandemic has accelerated many disruptions across the educational landscape. Arguably, this change has…